Northland has three National Champion of Champion winners for 2016!

10 Northland players competed at the tournament which was held at the Putaruru Squash Club last weekend.

Keri Rhodes won the C Grade Mens title, it was a tough battle for him with Wellington’s James Gould, and with games going back and forth it was Rhodes who was able to clinch the win in an exciting 5 setter.

It was a battle of the opposite ends of the country with Ocean Shadbolt taking on Southlands Rachel Wilson.  This match also went back and forth with both players throwing everything on the line in the fifth, Ocean managed to take the D Grade ladies title in this enthralling five setter.

In the E Grade mens Casper Tyson claimed the win from Sam Fletcher of Central  after fighting back from losing the first game to take the win in 4.

Emma Tyson fought hard in her F/J Grade final but went down to Nicky Schrafft from Central in 4. 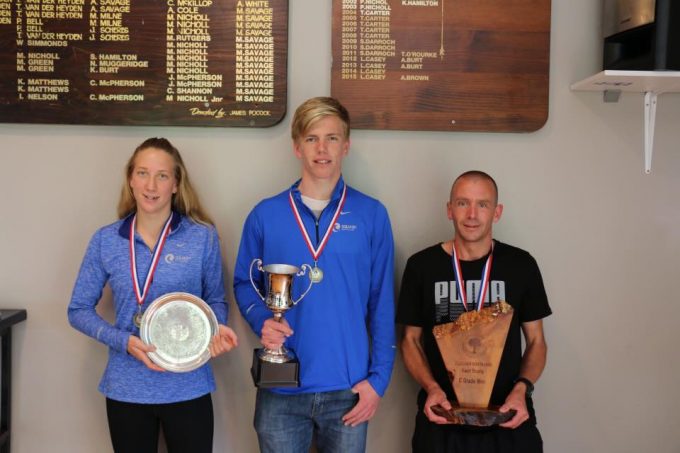