Whangarei Squash Club hosted the first junior tournament for 2017 on Sunday 26th March. This was a one day tournament and 25 junior players entered for a great day of competition and fun.

Ross Jowsey from Browns Bay had some tough games on his way to winning Division 1.  Amy Brown took out Division 2, while Milly Kirby won Division 3 and Lauren Storey Division 4.

The 2017 Junior Series is being sponsored by Angus Sport, Harrow and “Hit the Nick” coaching with Nicol.  The series is free to enter and players are automatically entered when they play a tournament.  The results of the best 5 tournaments count towards final points with prizes for the top place getters at the final tournament in September.

The next junior tournament will be the Manaia Juniors on the weekend of 7 – 9 April. 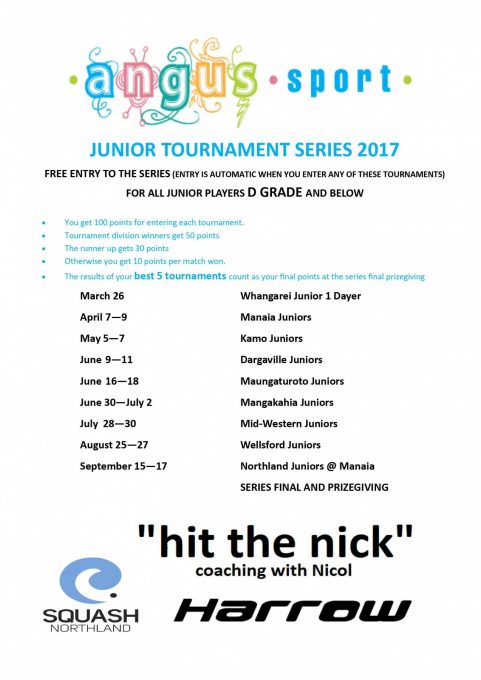