Northland, along with the Bay of Plenty, Eastern, Wellington, Canterbury and Midlands all sent a men’s and women’s team to the revised Senior Inter-District Teams Champs Classic which was hosted by the Hutt City Squash Club on the last weekend in November.
With the tournament rescheduled from the original late-August date and the inability for Auckland and Waikato to attend due to recent Covid-19 restrictions, the event held ‘Classic’ status rather than National Championship status in a similar vein to the individual competition held late October.
The Northland women’s team finished 3rd following wins against Eastern in the first round and Wellington in the 3rd round with the men placing 5th, getting the win against Midlands in their final round.
Both men’s and women’s titles were won by Bay of Plenty.
Northland women
Abbie Palmer
Sacha Tito
Anna Moselen
Cindy Hassan
Northland men
Finn Trimble
Riley-Jack Vette-Blomquist
Nick Wilson
Adam Thompson 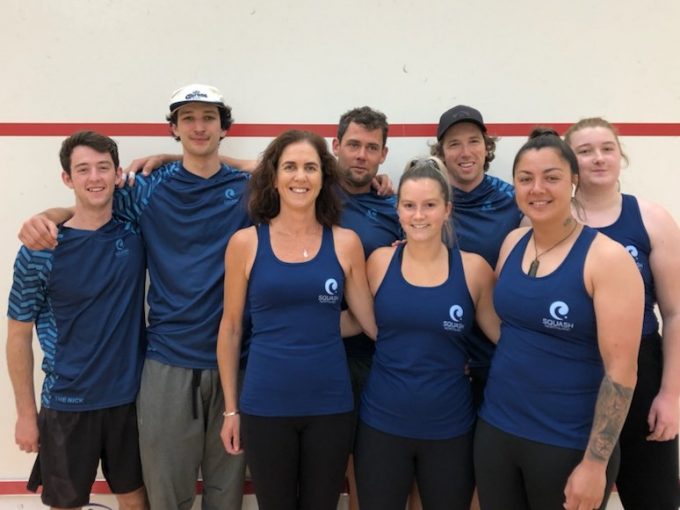