Riley-Jack Vette-Blomquist has taken out the Senior Tournament Series for 2018.

The last tournament in the series was the Northland Champion of  Champions which was held at Manaia Squash Club.
Congratulations to the top 10 players who won a share of the $1400 in prizemoney.  Thank you to the 211 players who took part in the series, a special mention must go to Anna Moselen and Catherine Powdrell who played in ALL 8 tournaments, an awesome effort!!  Thanks also to all the clubs who participated in this successful series.
The top 10 places were:
1.  Riley-Jack Vette-Blomquist
2   Campbell Griffin
3   Anna Moselen
4= Cory Ferguson and Freddie Jameson
6   Catherine Powdrell
7   Sacha Pou-Tito
8=  Jade Griffin, Luca Smith, Alex Greatorex 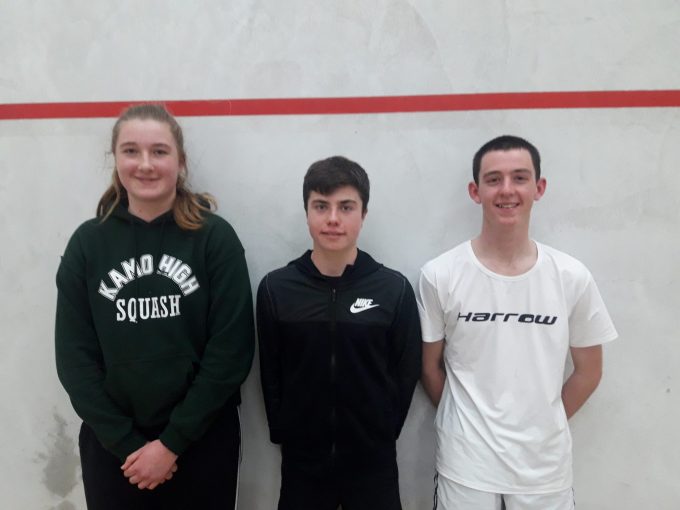 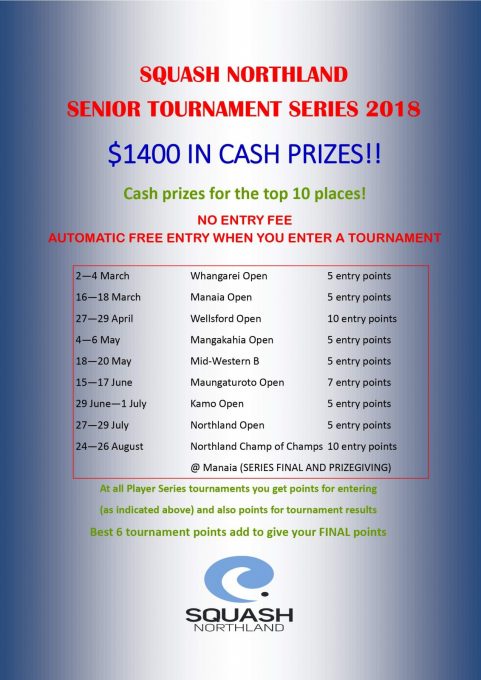 The final tournament of the 2017 Senior Player Series was the Kaipara Open which was held at the Dargaville Squash Club.

Anna Moselen was the winner of the series, and took home the biggest cash prize, with Amy Brown a close second and Cory Ferguson having a strong late run into third place.  Cam and James Griffin took out the 4th and 5th places, with all of them winning cash prizes.

The Kaipara Open Men’s Division was won by Reagan Wakeling, while the Womens Open was taken out by Sacha Pou-Tito.

Shayden Toka came in 2nd place winning $500 in cash.  3rd place was Anna Moselen, she also won a special prize as the only player who played in all 10 of the Angus Sport Series tournaments, a great effort!

Angus McDonald from Angus Sport has sponsored this senior player series for 3 years and this is his last year of sponsorship.  We greatly appreciate Angus’s generous sponsorship over these 3 years, this series has had a positive effect on tournament entries and has been a great boost for squash in Northland.

Looking forward, we are in the process of looking for another sponsor for a 2017 Player Series and beyond. If you know anyone who may be interested in sponsoring this series – any amount of sponsorship is appreciated, either cash or goods – please contact Squash Northland.