Interclub is a graded, points- based competition that is administered by Squash Northland

Interclub is a graded, points- based competition that is administered by Squash Northland and is open to teams from all affiliated clubs in the Northland District. Teams are divided into Mens and Womens competitions and divisions depending on the grades of the players (except for the Open Interclub competition)

Interclub is played on Tuesday nights.

Contact your club if you are keen on being in an Interclub team for 2020. 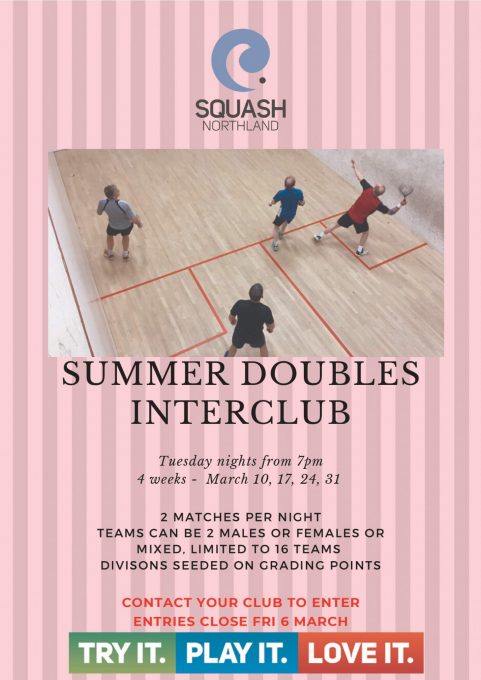 Please contact your club to enter a team or see about being part of a team.

You will note there are changes to the format for this autumn round, we are trying this to see if we can get more clubs and teams involved. This format should make it easier for the smaller clubs in particular to make up a team/teams.

The teams will consist of 3 players:

Please note:  Players grading for this interclub series is that recorded as at 30 April 2019 (closing date for entries)

Players must play in order of grade (eg D1 above D2)