Riley-Jack Vette-Blomquist and Freddie Jameson both took out titles at the South Island Age Group Junior Championships this weekend.

After a successful North Island Juniors held earlier in the holidays, four of our junior players headed to Dunedin to compete in the South Island Junior Age Groups.

With New Zealand’s top juniors away competing at the World Junior Championships in India, it was a great opportunity for some of our juniors to challenge themselves and compete in an older age group.

15 year old Riley-Jack Vette-Blomquist had a busy weekend, playing in both the U17 and U19 age groups winning the U19 title and coming runner-up in the U17 age group.  He played Wellington’s Kobe Fleming in both finals, with Kobe edging him out in the first final before digging deep and fighting back to win the Under 19 final.

After taking out the North Island Under 13 boys title a couple of weeks ago, Freddie Jameson (12) also stepped up an age division and played in the Under 15 boys division bringing home with him another title.  He played top seed Ryan Ko from Christchurch in a highly contested final.

Flynn Venmore was seeded 4th in the Under 13 boys, winning against the top seed in the semi final to take him to the final where he only just lost in a marathon 5 sets against Marlborough’s Chris Hebberd to place runner-up after placing 3rd at the North Island Juniors.

Maungaturoto’s Annmarie Holst had some comfortable wins on her way to the final in the Under 19 girls, playing Natalie Sayes in a close match and taking home the silver medal.  Annmarie placed 4th in the U19 girls division at the North Islands. 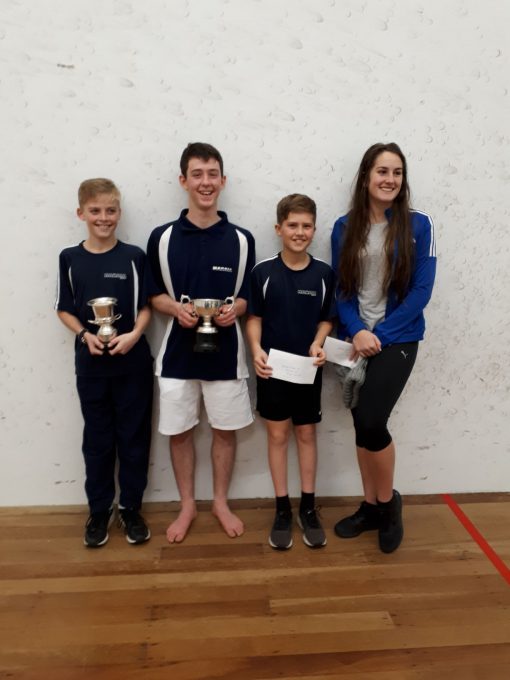