The Northland Squash Open had a familiar feel to the finals as the Chileshe brothers, Lwamba and Temwa faced off for the third time in a PSA Challenger tournament this year.

As top seed and ranked 126th in the world Lwamba, 22 started strongly at the Whangarei Squash Club against younger brother, Temwa, 20  who is ranked at 140.

Lwamba won the first game 11-7, but Temwa struck back in the second 14-12 with neither player able to take control of the match as they went point-for-point.

However a couple of unforced errors proved costly for Temwa in the third and fourth games with Lwamba taking the decisive sets 11-7,11-7 for the title.

Earlier in the year Lwamba had beaten Temwa in the final of the Morrinsville PSA Challenger with the result reversed in the Waikato Open semifinal.

For Lwamba it is his second PSA Challenger title, while it is now Temwa’s fourth loss in a Challenger final of 2021 after title matches at Morrinsville, Waikato Open, Auckland Open and now Northland Open.

Kitchen who is the High Performance Manager at  Squash New Zealand won the opening two games 11-8, 11-5 with her typical hard-hitting and even had a lead in the third game before Palmer turned her game around and started dominating the match from the front of the court to win the next three sets 11-9, 11-8, 11-5.

For Palmer it was her second Satellite title of the year, and second over Kitchen after winning the Browns Bay Open in four games. For Kitchen it was her third defeat in a final in 2021 after being beaten in five games in the Henderson Open by Emma Millar.

Despite the loss Kitchen can be pleased with making the final and keeping squash prominent in her home region.

The next big event for New Zealand players is the Oliver Sport NZ Squash Championships in Wellington in two weeks, where Evan Williams and Millar are the defending champs. 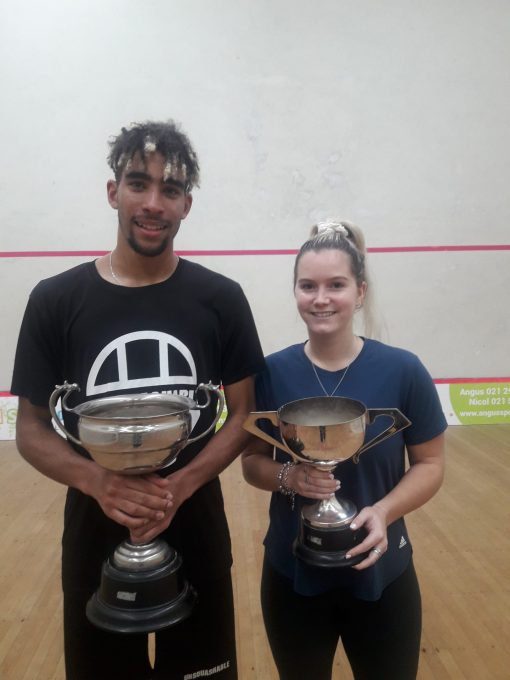