The Kerikeri Open, the final tournament in the Angus Senior Player Series,  was held last weekend and it attracted a good field of entries , supported by plenty of local players as well as Angus series players keen to win a share of the cash prizes – thanks to Angus McDonald, our generous sponsor.

Ocean Shadbolt was the winner of the Angus Series, who did well with the pressure of having to win her final yesterday to keep her top spot and take home the $700 first prize.  Congratulations to Ocean!

The mens open was won by Vinny Robson, who has recently returned home to NZ after a year in the States, he was up against his former clubmate, Mal McBain, with Vinny winning in a close fought 5 setter.

Sacha Pou-Tito won the ladies top division against local Cherie Going, who had taken out a couple of higher seeded players on her way to the final. 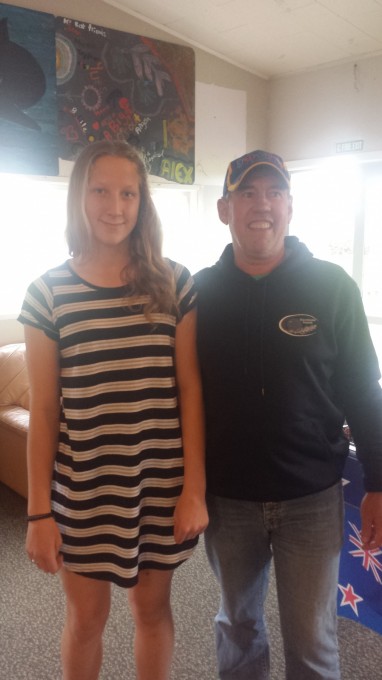