The first two tournaments have now been played in the Harrow Junior Player Series calendar and Nahuel Racioppi has taken the early lead on the points table followed by Thomas Guy and Ethan Hare not far behind.  It’s early days yet though with 6 more junior tournaments left to play.

Thanks to Nicol Bekker from Angus Sports (@Whangarei Squash Club) and Harrow for sponsoring this series.

The Mangakahia Juniors is being played this weekend followed by the Maungaturoto Juniors the following weekend:

(Manaia to be confirmed) 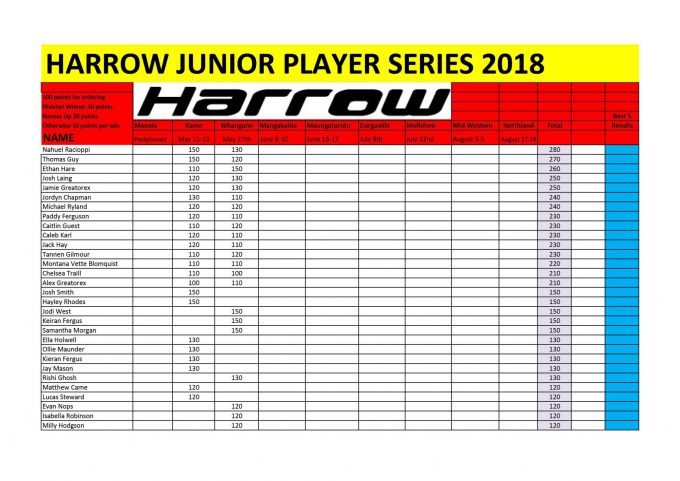 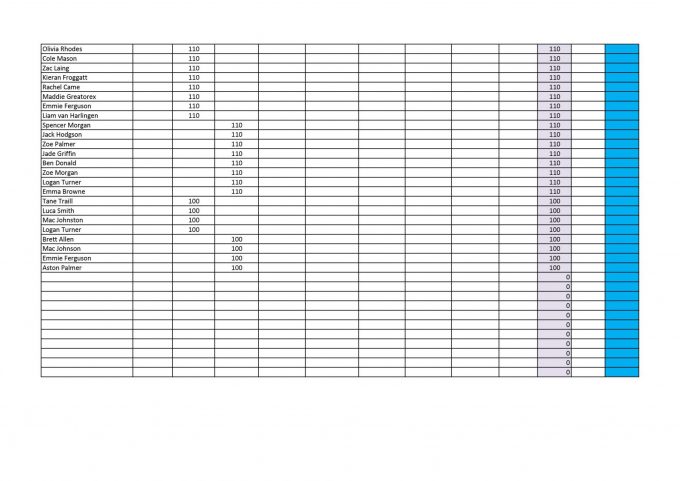