Sacha Pou-Tito and Finn Trimble took out the 2017 Penguin Northland Open titles at the weekend, making it back to back titles for both of them after winning the titles last year.  This years event attracted over 85 entries and was held at the Whangarei Squash Club.  Nine players from the USA on a squash tour in New Zealand with coach Paul Hornsby added an international flavour.

Sacha Pou-Tito, top seed in the Ladies Open, won her final in 4 close games against 2nd seed Zoe Dykzeul.  Zoe made a strong start, taking the first game before Sacha took the second set leveling the scores at 1-1 and making Sacha work hard to close out the match. The 3rd and 4th place in the Women’s Open Division was played out between Annmarie Holst and Natalie Sayes with Annmarie taking the win in 4.

Top seed Finn Trimble defeated second seed Shaun Sansom in the Mens Open final, winning in 4 sets, with Finn taking the first 2 games before a fight back from Shaun in the 3rd game, with Finn sealing the match in the 4th.  Third place in the Men’s Open went to Mike Toothill,  part of the American group, who took his win in 4 over Max Trimble.

Mens Division 3 was won by Manaia’s Campbell Griffin while the Division 4 Mens winner was Jamie Hitchcock of Whangarei. 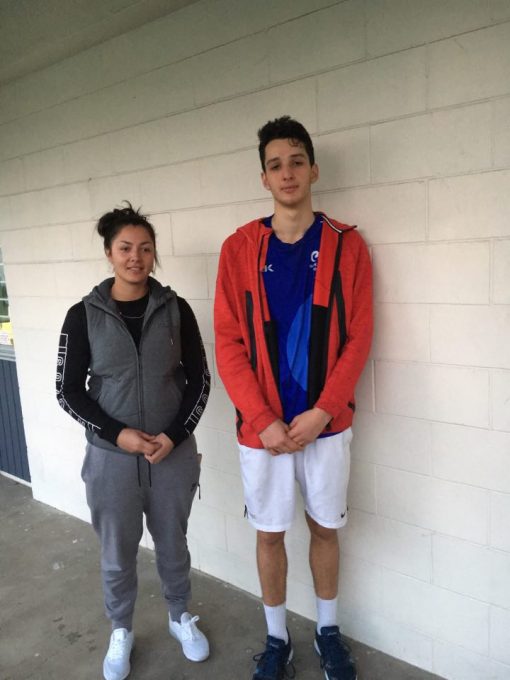