It was once again a clean sweep by Whangarei Boys and Girls top teams at the Secondary Schools Teams event held at the Whangarei Squash Club.
The Girls Open was won by the strong Whangarei Girls High team of Shea Ferguson, Pippa Saunders and Cheslea Traill who won their final against the 2nd Whangarei Girls High 3-0.  In the Boys Open Final the score was 2 – 1 to the top WBHS team of Riley-Jack Vette-Blomquist, Cory Ferguson and Ethan Hare with Maz Saunders winning his match for the 2nd team to make it 1 all before Ferguson closed it out.
The Mixed Open was won by the Rodney College team of Tamara Marshall, Aiden Henare and Nicolas Sundvich.  In the Novice divisions there were plenty of new players giving squash a go with the Boys Divison won by Rodney College and the Novice Girls by WGHS. 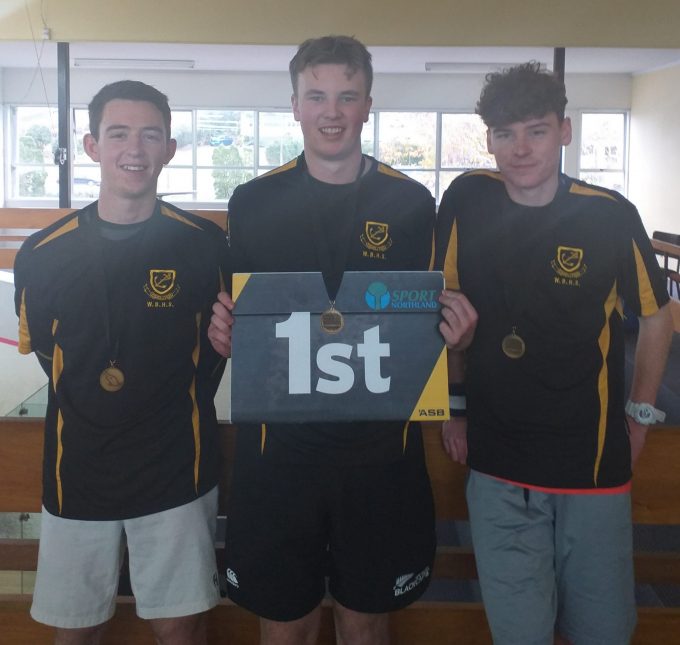 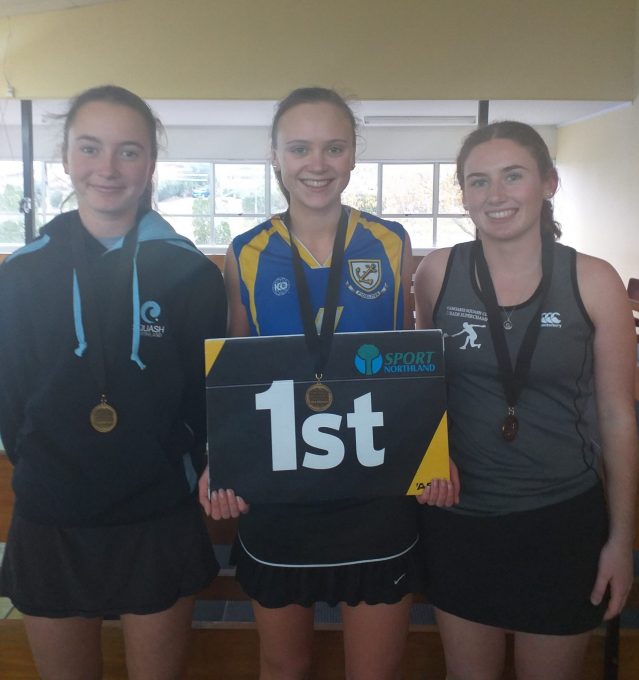 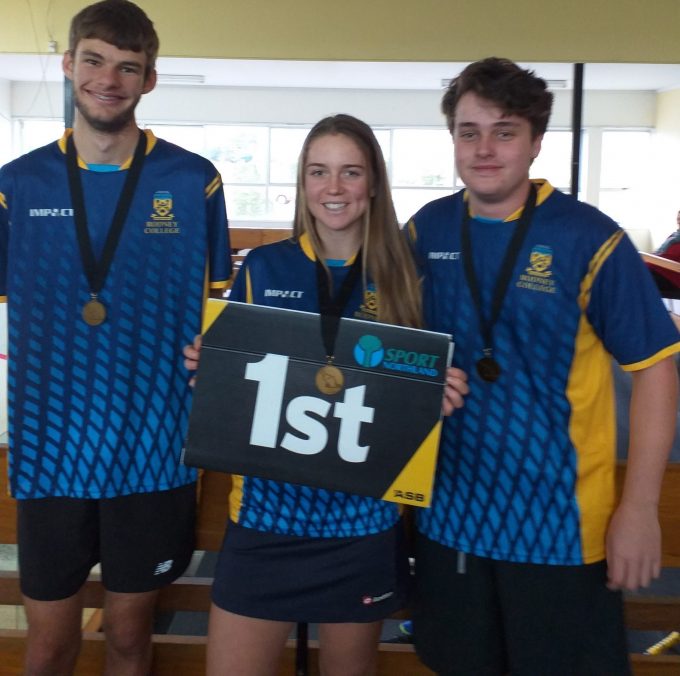 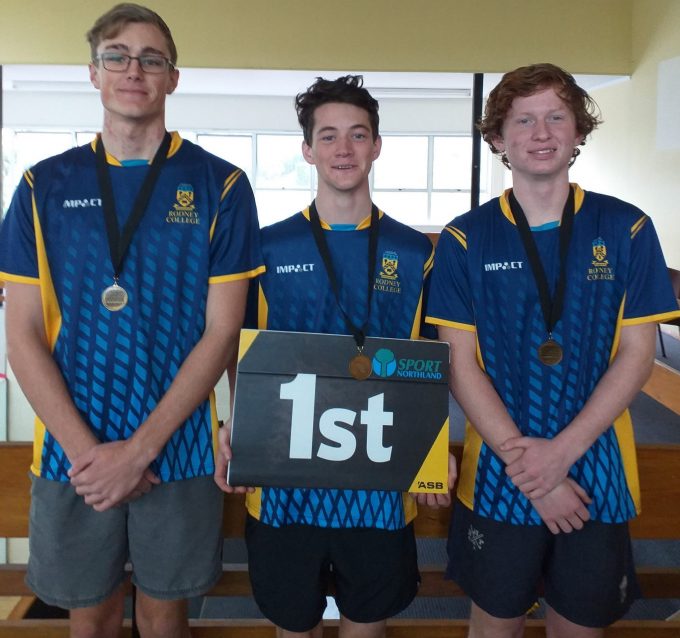 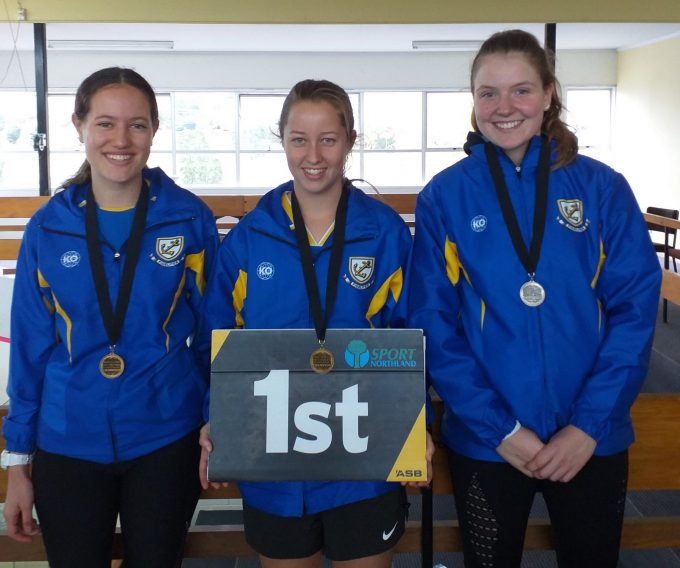