After a big weekend of matches the 2017 North Island Age Group Champions have been crowned with some mammoth battles and upsets along the way.

The Under 11 Girls saw top seed Maia Smales of Auckland look comfortable in her win in 3 over second seed Hayley Rhodes of Northland. In the Under 11 Boys the rematch of the South Island Age Groups saw a repeat win for top seed Reece Holmes of Central as he took out second seed Oliver Dunbar of Wellington in 3.

The Under 13 Girls saw Waikato’s Sophie Hodges take out the round robin and clinch the Under 13 title. It was Auckland’s Apa Fatialofa who took the title in the Under 13 Boys as he took out Northland’s Freddie Jameson in 3.

In the Under 17 Girls it was another title for Eastern as Winona-Jo Joyce the top seed took out the second seed Annmarie Holst of Northland in 4. The Under 17 Boys has seen top seed Gabe Yam of Auckland set himself up for the World Junior Championships this week with a win in 4 over second seed Temwa Chileshe of Waikato.

The Under 19 Girls saw Courtney Trail of Central claim the title after winning the round robin draw with Zoe Dykzeul taking second place.  In the Under 19 Boys both Finn Trimble of Northland and Matthew Lucente of Auckland were looking to set themselves up well for the coming week at the World Junior Championships. Trimble the second seed was hoping to use home court advantage to claim this title but Lucente pulled out everything and took this epic win from Trimble in 5.

Thank you to the Whangarei Squash Club for a great weekend of squash. 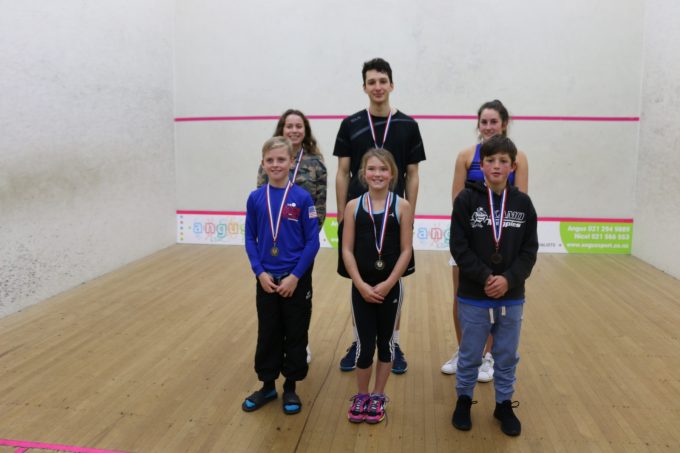