Natalie Sayes and Finn Trimble took out the Northland Open titles for 2018 held at the Whangarei Squash Club at the weekend.

Auckland’s Natalie Sayes, will get her name on the trophy for the first time after winning the Women’s Open final in a hard-fought 5 set battle against multiple Northland Open winner Sacha Pou-Tito. The 3rd and 4th place in the Women’s Open was played out between Maungaturoto’s Annmarie Holst and Kamo’s Anna Moselen with Annmarie taking the win.

Maz Saunders from Whangarei won the Mens Division 1, coming across Kamo’s Dean Jones in his final, while sister Pippa Saunders took out the Womens Division 1 final against Whangarei’sTracey Klaricich.

Hayden Turner of Whangarei was the Mens Div 4 winner and the Boys Junior Division was won by Kamo’s Cole Mason.

Thanks to Whangarei Squash Club for hosting this event and to Vuletich Tyres and Wheel Alignment for their generous sponsorship. 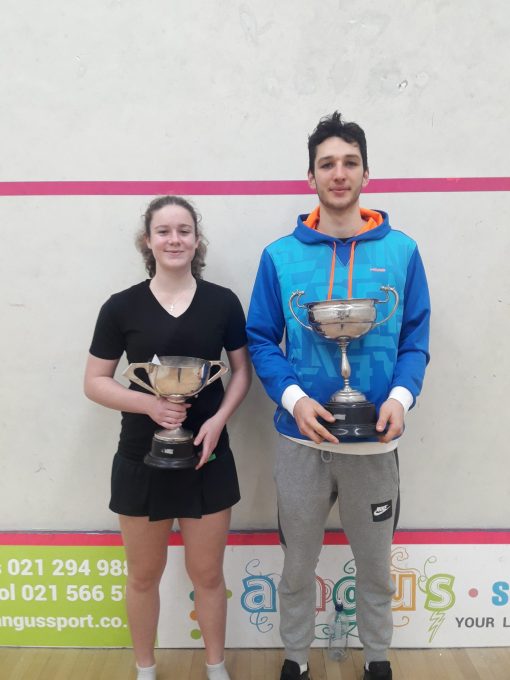