The Whangarei Ladies team took out the national title at the C Grade SuperChamps finals which were held at the Royal Oak Squash Club.  It is the first SuperChamps title for the Whangarei Squash Club.  The ladies were top seed and lived up to their seeding, playing BOP club Taneatua in the final and winning 4 1.

An outstanding result for the team of Kate Wauchop, Delwyn Houlihan, Vicki Ferguson, Sharon McDonald, Pippa Saunders and Shea Ferguson with Annie Greene the coach and Megan Turner the manager.

Northland had 3 teams compete in this years  National Superchamps finals over the weekend.

The Dargaville D Grade men went to Taupo for their finals and ended up placing 8th after some close matches.

The Mid-Western C Grade men were also playing at Royal Oak, and from being seeded last, did remarkably well to top their pool and contest the final against Hamilton, which they ended up losing in a intense 3-1 battle. 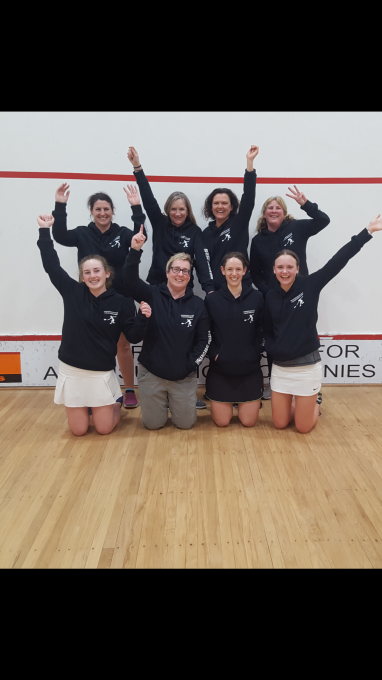