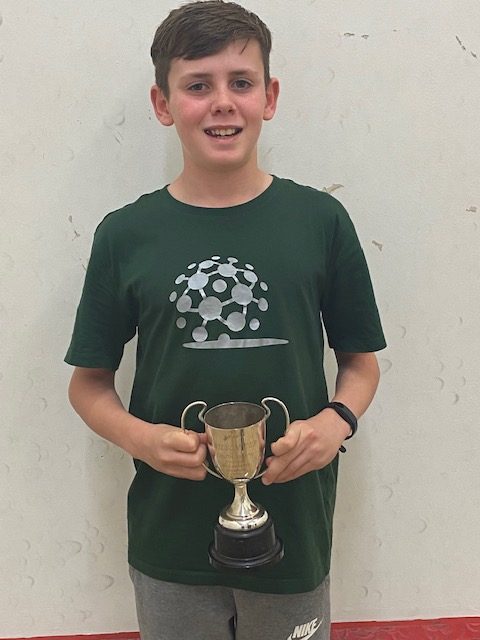 The North Island Juniors were held at the Kawaroa Park Squash Club in New Plymouth with ten Northland juniors made the trek to New Plymouth to enjoy a competitive and fun three days of squash.

In the Under 17 boys cousins and club mates Freddie Jameson and Flynn Venmore battled it out for 3rd & 4th positions with Freddie prevailing.  Chelsea Traill placed 6th in the Under 17 girls with Josh Laing placing 9th in the U15 boys division.  Kamo’s Tane Traill and Wellsford’s Matthew Came also had some good results.

Five northland boys then headed to Christchurch a couple of weeks later with Zac again winning his final in a tight 4 sets, this time against Dominic Lim from Canterbury.

Once again Freddie Jameson and Flynn Venmore played each other for 3rd and 4th with Freddie also winning this one.  Josh Laing played some great squash to finish 4th in the Under 15 boys and Logan Turner, playing in a round-robin draw won his division.