Northland has produced another NZ Junior Representative after Finn Trimble was named in the Squash New Zealand World Junior Mens Team to compete at the 2016 Mens Squash World Junior Individual and Team Championships in Bielsko-Biala, Poland from the 6th-17th August.

Finn Trimble, 17,  attends Whangarei Boys High, is part of the Sport Northland Educare Talent Hub and has been part of Squash NZ Elite Junior Boys Squad for the last couple of years and recently had to compete in 3 selection events (NZ Junior Open, Wellington Junior Open and the Waikato Open).

Finn had some great results in these selection tournaments coming 3rd in the NZ Junior Open and 4th in the Wellington Junior Open. With a very strong group of 13 squad members vying for the team Finn had a nervous wait last week to see if he had done enough to make the team.

Finn follows in the footsteps of his older brother Max who two years ago played for the New Zealand Junior Mens Team in Namibia.   The World Junior Men and Junior Girls teams events are played in alternate years and fellow Whangarei Club member Abbie Palmer was part of the NZ girls team that competed in the Netherlands last year.

Finn has already had a taste of representing his country when he was selected as part of the New Zealand Junior Team that won the Trans Tasman Series on the Gold Coast earlier this year.

Sam Sayes is another product of the Whangarei Squash Clubs Junior Academy starting off his squash playing in Whangarei before moving to Auckland for school. 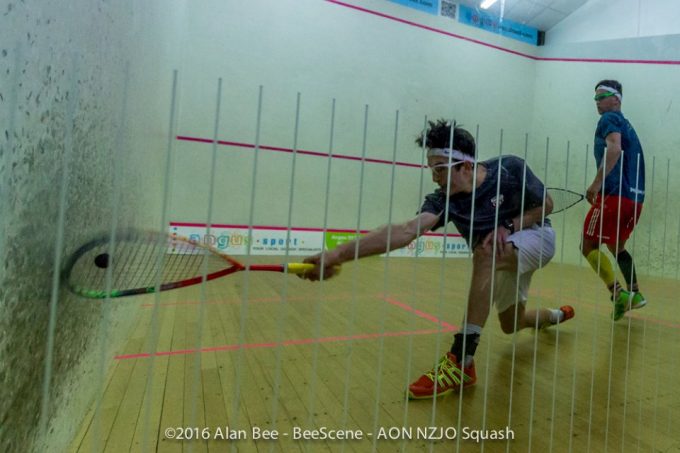