After nearly two years out of the sport following major leg surgery,  Parua Bay teenager squash player Freddie Jameson is back winning tournaments again.  Freddie was a two time New Zealand age group champion before having his first surgery. After further surgeries, the Manaia club member who has just turn 15, endured a long  and painful rehabilitation struggle.  Freddie needed to re-learn how to run and move around the court again and feared he might not be able to return to the sport he loved. However, his hard work and determination paid off at the weekend when Freddie won the 2021 Manaia Open Men’s tournament. Competing against a number of higher ranking players Freddie showed he is back to his best by claiming the title previous won by another Manaia squash club protégé, Riley Jack Vette-Blomquist.  Freddie had some tough battles on his way to the title.  In the semi-final he overcame Whangarei A grader Nick Wilson  in a tense five setter before beating Auckland player Troy Dunn in the final.  Cheered on by the local crowd Freddie came from 2-1 down to squeeze passed his more experienced opponent 11 – 7 in the fifth.

It was a good day for the Manaia club with six of the nine divisional titles going to the locals, the majority to their junior players who continue to go from strength to strength. Next up for the Juniors is the New Zealand Junior Open at the end of April before the Whangarei Girls and Boys High school teams look to demonstrate the success of Northland’s junior programme at the secondary school nationals in August. The WGHS team are defending campions whilst the boys team will be looking to improve on last year’s 4th placing. “ 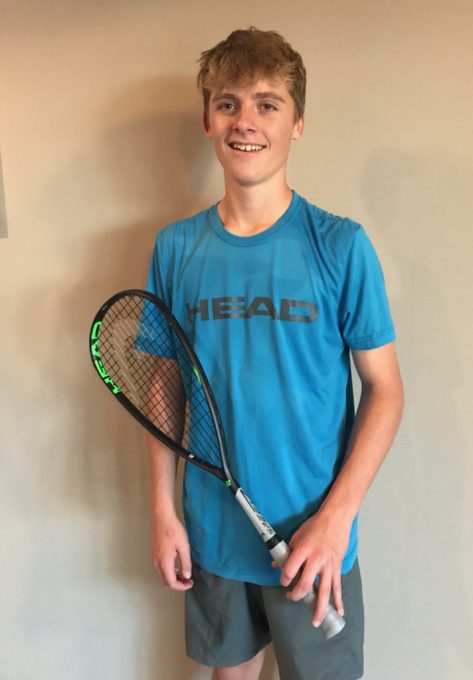