The NZ Age Group Championships were held at the weekend in Auckland with Riley-Jack Vette-Blomquist winning the Under 17 Boys championship to cap off a great year for him.  Riley-Jack played Auckland’s Jack Conder in the final, winning in 4 games.  Zac Laing made it through to the final of the Under 11 boys, putting up a great flight but unfortunately just going down in 4 very tight games to Bay of Plenty’s Zezima Waitai.
Other Northland juniors making the top 10 in their age groups were:
Annmarie Holst, 5th in Under 19 girls
Shea Ferguson, 7th in Under 17 girls
Chelsea Traill, 7th in Under 15 girls
Cam Griffin, 10th in Under 15 boys
Josh Laing, 8th in Under 13 Boys
Tane Traill, 10th in Under 13 Boys
Pippa Saunders won the plate in the Under 19 Girls.
The teams inter-district event followed the individual championships and will finish on Wednesday.  Both the boys and girls teams are seeded 7th. 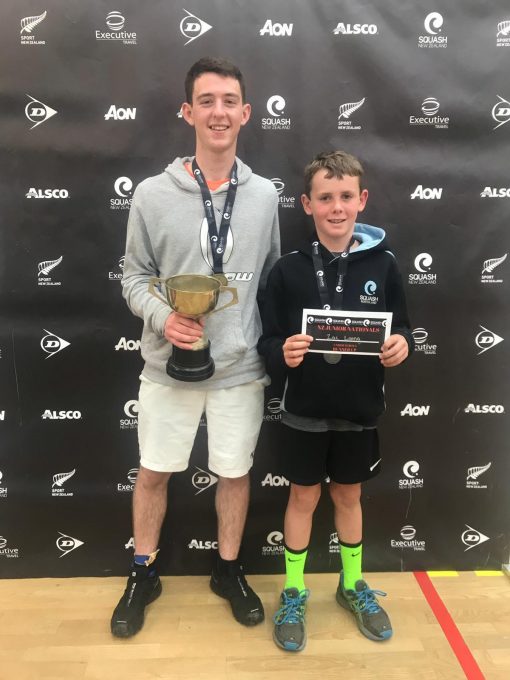