It was the first national title for WGHS and the first for Northland since the 1990’s when Kaitaia College won 5 titles when former NZ and professional squash player, Shelley Kitchen, attended the school.

The girls were top seeds leading into the tournament but they had to be at their best to see off the other leading schools, who included recent champions Palmerston North Girls High, Havelock North High and Westlake Girls High.

WGHS started their successful campaign on Friday with a 5 nil win over Papamoa College.  On Saturday they beat Tauranga Girls College 4-1 before beating Westlake Girls High 5 nil in the semi finals to advance to the finals against Havelock North High on Sunday.

WGHS went two games up against their Hawke’s Bay foes with Chelsea Traill and Amy Brown winning their ties.  Shea Ferguson, WGHS number 1 player lost in a tough match with Ruby Collins winning her game in 4 to secure the national title and made team captain Pippa Saunders game result irrelevant.

Chelsea Traill, Year 9, who was playing as number 3, was selected in the National Secondary Schools junior team to play Australia later in August in Tauranga. 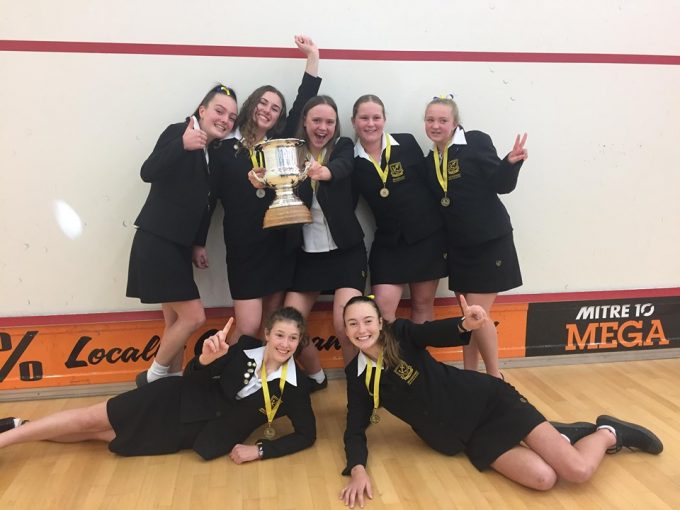