Squash is certainly showing great support and strength in the north with 22 juniors heading down to Rotorua last weekend for the North Island Junior Age Group Championships.  This tournament drew the highest number of players for more than 5 years, over 190 players were participating from Under 19 to Under 11 age groups.

Congratulations to Tyler Ranger,formerly from Rotorua and now playing for Northland, who was seeded 4th for the under 19 boys and took out the championship with a huge five setter semi final against top seed Matthew Lucente and then a straight 3 set win in the final against Mitchell Kempton from Southland.

Kamo’s Chelsea Trail did very well to place third in the under 11 girls Championship, Chelsea had a close 5 set battle in her semi final against Maia Smales from Auckland and went on to win her 3/4th play off.

The other outstanding result for the weekend was Devlin Gurr who was seeded 18th for the under 15 boys and improved his seeding to 9th with some great battles against higher graded players. 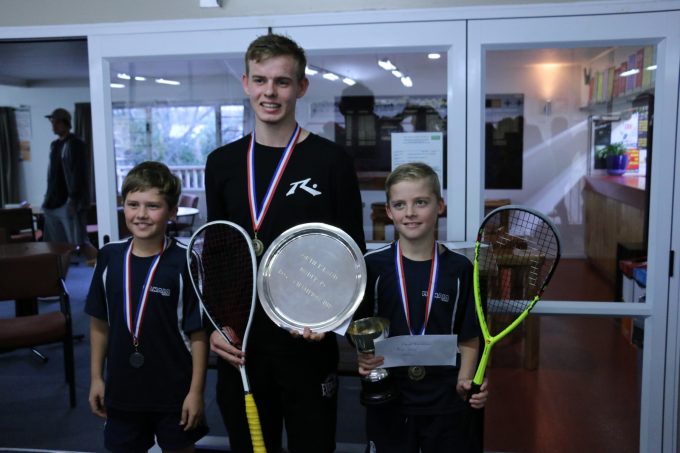 Other top 10 finishes were: